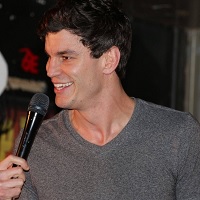 Nathan Orton
Nathan Orton started performing comedy back in 2013. Since then he's won multiple contests including Make Me Laugh, We Are Live Roast Battle, and Helium's St. Louis' Funniest Person all in 2017. 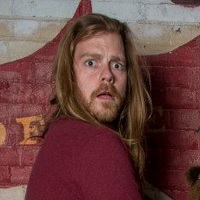 Jon Venegoni
Jon Venegoni is a comedian and musician as well as general all-around good guy. He ran the popular Fitz's Comedy Open Mic for years and is part of the alternative comedy show "Fatal Bus Accident." He has opened for some of the biggest names in comedy (Brian Posehn, Roseanne Barr, etc) and regularly performs at Helium. 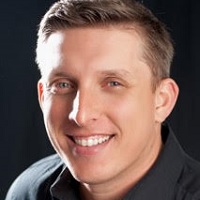 Rafe Williams
Rafe’s professionalism and reputation for being both a club and crowd favorite has already landed him feature spots for top headliners like Dave Attell, Kyle Kinane, and Joey ‘Coco’ Diaz. He has also received the honor of being named as one of “2016’s Rising Stars in Arts and Entertainment” by GO! Magazine and the St. Louis Post-Dispatch as well as the distinction of winning Helium Comedy Club’s first annual St. Louis' Funniest Competition in 2016. Relentlessly charismatic, artistically innovative, Rafe’s approach is refreshing, and his dynamic style makes for an unforgettable comedic experience. Rafe brings his authentic and original point-of-view to personal and social issues that he explores on stage. 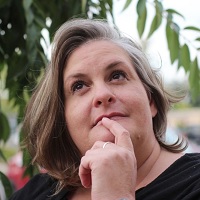 Libbie Higgins
St. Louis native Libbie Higgins is a comedian and improviser. Libbie is also an online content creator and has amassed of decent following on Facebook, Instagram and YouTube. One of Libbie’s character, Carla, is best known for her “McScuse Me” viral rant 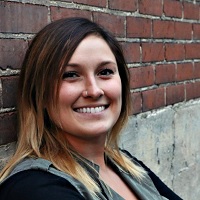 Tina Dybal
Hailing from the Former Soviet Union but growing up in Kansas City, Tina Dybal is no stranger to the Midwest. Starting her career as a comedian in St. Louis just three years ago, she has become a regular performer at Helium Comedy Club and all over the city. Tina's unique background, caustic humor, and memorable stage presence have already landed her opportunities to work with some of the industry’s best comics. She has opened for comedians such as Carly Aquilino from MTV's "Girl Code”, Joey “CoCo” Diaz. and most recently Christina P. from the hugely successful podcast "Your Mom's House." Outside of stand-up comedy, she is an accomplished comedic improviser. She completed training at The Improv Shop in St. Louis, Missouri and performs regularly as a member of the Improv Shop house team, “Vertigo.” 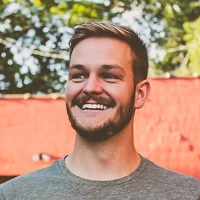 Bobby Jaycox
Bobby Jaycox is a stand up comedian, improvisor and writer who lives right here in St. Louis. Before he became a comedian he worked as a firefighter and EMT in his hometown of High Ridge, Missouri. You may recognize him from the late night talk show, “STL Up Late” where he was the head monologue writer and performer. Bobby has opened for talented acts such as: Dave Chappelle, Steve-O, Carly Aquilino, Nikki Glaser, and Demetri Martin. Recently he and his improv team, Burnside, performed at many festivals, including the 2017 Dam Good Improv Festival, the 2017 Chicago Improv Festival, and the 2016 Detroit Improv Festival. Bobby currently performs stand up and improv all over St. Louis as well as comedy clubs and colleges all over the country. 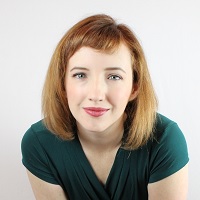 Emily Hickner
Emily Hickner is a St. Louis comedian who delves into the personal and dabbles in the absurd. You can find her both on club stages and on independent shows. She has had the pleasure of opening for Jim Breuer, Hari Kondabolu and Janeane Garofalo. 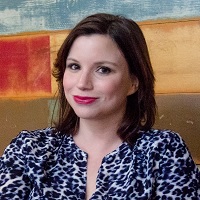 Angela Smith
Angela Smith is a St. Louis-based stand-up comic and a friend to animals everywhere. She regularly performs on Helium's local showcases like the Dirty Show, Comics Against Humanity, and Best of the City. In 2017, Angela was thrilled to open for Sara Schaefer of MTV's Nikki and Sara Live. Angela produces and hosts a monthly storytelling show, All the Feels, which runs every second Thursday at the Improv Shop. You can also see her this November at Flyover -- St. Louis' inaugural comedy festival. 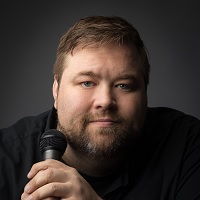 Chris Cyr
Chris Cyr is a writer and comic who lives in St. Louis, MO with his wife, two dogs, and a cat. He's a regular performer at Helium Comedy Club and on many of the independent shows in the city. Chris was a finalist in Helium's 2017 St. Louis' Funniest Person competition. He's been fortunate enough to open for a number of great comics, including Kyle Kinane, Kurt Braunohler, Dick Gregory, and others. 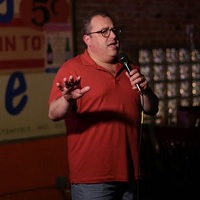 Yale Hollander
Yale Hollander is a veteran comedy writer and social media gadfly. His essays have appeared in a number of national and local publications. His tweets have been featured in Esquire magazine and are a mainstay of PBS’s top-rated local public affairs program – Donnybrook. He entered the world of standup comedy in 2016 where he has quickly become a regular in both club and independent showcases as well as a frequent guest and panelist on a number of comedy and entertainment podcasts. Yale hosts his own monthly comedy showcase and frequently guest-hosts other comedy events throughout the St. Louis region. He was recently selected to participate in the Flyover Comedy Festival. 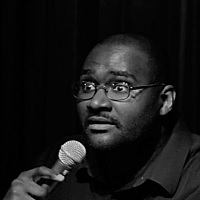 Chad Wallace
Chad Wallace’s high-energy comedic style is either a side effect of his mother’s “party” days, his self diagnosed A.D.D., or stress from being an overworked mail carrier. He’s able to entertain audiences of all backgrounds (and people on his route) with stories from being the only male in a house full of angry, black women, to his struggles of being a non-custodial parent to 2 kids, and surviving a failed 10 year relationship without proposing marriage. Chad has been working non-stop since 2011 on an unprecedented run of comedy, from the smoky stages of the St. Louis Funnybone Comedy Club, the sleek Helium Comedy Club, to any coffee shop with mic, and every hipster bar in between Missouri and Illinois. 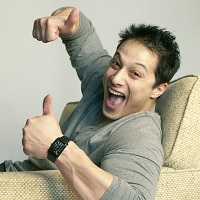 JC Sibala
JC Sibala began his comedy career in 2011, and within his first few months he ascended from a regular open micer to opening for Dave Coulier. In addition to regularly featuring in several clubs, JC has opened for Orlando Jones, Steve Byrne, and Faizon Love. JC is also the co-creator of Wild Card Comedy, the longest running weekly independent open mic in St. Louis. JC's comedy is inspired by his experiences growing up as mixed race kid in Kansas suburbia, relationships, and life as a single father.