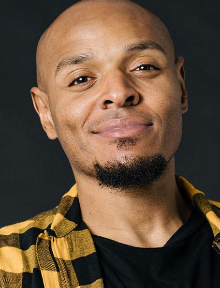 Tony Baker is a stand-up comedian and actor on the rise whether it's on stage, film, television, or social media. Tony was featured on the last 2 seasons of NBC's "Last Comic Standing," "Gabriel Iglesias Presents Stand-Up Revolution" on Comedy Central, "Comics Unleashed" on CBS, "StaannDUP!" on Starz, and "We Got Next" on Aspire. He was also featured on many episodes of "Punchline" on FOX. Tony was the winner of the 37th Annual San Francisco International Comedy Competition and L.A.'s Funniest Comic. Tony has also performed for the Just For Laughs Comedy Festival in Montreal 2 years in a row and showcased at NACA Nationals as part of NBC Diversity. Tony is a paid regular at The Comedy Store, The Laugh Factory, The Comedy & Magic Club, The Ice House, The Hollywood Improv, Flappers Comedy Club, and The Comedy Union. He has headlined various clubs across the country and internationally as well in places such as Dubai, Bangladesh, Hong Kong, The Philippines, Singapore, and Japan. Tony has also acted in television and film on projects like "The Carmichael Show" on NBC, "Just Add Magic" on Amazon, and the award-winning film "Whiplash." Tony has amassed hundreds of thousands of followers on his social media pages in little over a year with his original sketch content and his funny voiceovers. Tony Baker is well on his way to becoming a household thanks to his humor and work ethic.


In addition to the two-item minimum, there will be an 18% administrative fee in the showroom.

With ever-changing guidelines and mandates, please refer to the local government agencies for the most up-to-date information. Customers are expected to take necessary precautions to protect themselves and others.

Chicago native, Stand Up Comedian/Actor Tony Baker has been making people laugh for nearly a decade, blessing stages around the world with his unique brand of humor and style.

Affectionately called “Your favorite comedian’s ‘Favorite comedian’”, Tony Baker’s comedy has taken on a movement of it’s own and his many fans can attest to that by easily quoting a few of his popular “Bakerisms”. So feel free to “Get In On This” and “Feel Every Piece” of the laughter that Tony Baker has to offer.