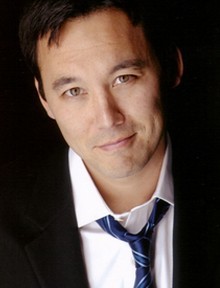 Steve Byrne has evolved throughout the years into an extremely versatile entertainer that delivers on a day-to-day basis. Byrne created and starred in TBS’s “Sullivan and Son” and has appeared in many films including “The Dilemma,” “Couples Retreat,” and “Four Christmases.” His fourth one-hour special, “Tell The Damn Joke,” premiered on Showtime this past April.

Due to capacity restrictions and reccomendations by local authorities and in the interest of social distancing, we will be selling tables rather than individual tickets to our events. At this time, customers will not be sharing tables with anyone other than their party. Tables are maxed out at 4 people per table. In the event more than four people are attending a show together as a group, you will be separated into multiple tables and these tables will maintain 6-foot social distancing rules.

Management reserves the right to prevent customers from entering the facility who they deem disruptive or dangerous to other patrons. In the event you are asked to leave the premises, your money will be refunded.

If you have questions regarding your safety and the steps we're taking to approach COVID-19, please review our updated FAQ page below:

In just a few short years, Steve Byrne has risen through the ranks of the comedy world to become one of the industry’s most innovative and sought-after performers. With his high-energy, physical style of comedy, Byrne has evolved throughout the years into an extremely versatile entertainer that delivers on a day-to-day basis. Hailing from Pittsburgh, PA, Steve Byrne was born to a Korean mother and an Irish father. His unique background has given him the base comedic material for his first television show, Sullivan & Son, a half hour comedy on TBS. The first ten episodes averaged over 2.5 million viewers and new episodes will appear on TBS in 2013.

After winning TBS’ cutthroat competition, the Myspace Standup or Sitdown Comedy Challenge, Byrne was hurtled into a brilliant television and film career. As his popularity began to expand, Byrne was featured in his very own half-hour Comedy Central Presents which was soon voted as one of the best specials of all time in the Comedy Central Standup Showdown. His hilarious standup has been seen on NBC’s The Tonight Show, ABC’s Jimmy Kimmel Live, CBS’s The Late Late Show and BET’s Comic View. In 2008, Byrne’s first one-hour special, Steve Byrne’s Happy Hour, premiered on Comedy Central and further cemented his star status. Packing an impressively wide range of appeal, Byrne’s comedy soon landed him on the The History of the Joke on the History Channel and the Discovery Channel’s The Science of Laughter. He has since appeared on some of TV’s hottest shows including ABC’s The Middle, The Chapelle Show, G4’s The International Sexy Ladies Show, The Howard Stern Show, Tough Crowd with Colin Quinn, The Very Funny Show and was a series regular on NBC’s The Real Wedding Crashers. Byrne’s most recent hour special, The Byrne Identity, premiered last year on Comedy Central to rave reviews.

A true international comedian, Byrne has performed to sold-out crowds around the world. He has been a featured comic at the Just for Laughs Festival (in Montreal, Toronto and Chicago), HBO’s US Comedy Arts Festival in Las Vegas and the CanWest Comedy Fest in Vancouver. He has been part of several national comedy tours including The Jameson Comedy Tour, Vince Vaughn’s Wild West Comedy Tour, The Kims of Comedy, The Camel Cigarettes Sin City Tour, and his own national Myspace Comedy tour. Byrne even had the honor of opening for esteemed musical acts such as Kanye West, Mariah Carey, Modest Mouse, Puddle of Mudd, Spoon, Rev. Horton Heat and many more. As a big supporter of the US troops, Steve also headlined several USO tours in Afghanistan, Iraq, Japan and Guam. He and his cast mates have also taken The Sullivan & Son Comedy Tour across the country.

Byrne has appeared in the hit comedies The Dilemma, Couples Retreat, Four Christmases and The Goods: The Don Ready Story. His 2006 documentary, 13 or Bust, chronicles the attempt to perform 13 comedy shows in Manhattan in one night.

Byrne’s lack of ego and outstanding work ethic has helped him become one of today’s most respected comedians.