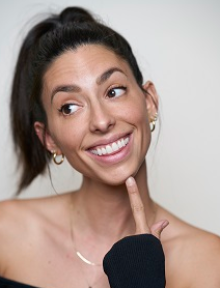 Jade Catta-Preta is a Brazilian-born comic and actress working in Los Angeles, New York, and Brazil and was recently named the new host of the iconic E! Network show "Talk Soup," coming in early 2020. She performs all over the country — both in English and Portuguese — and you can see her regularly at comedy clubs in LA. You can also catch her on ABC’s "American Housewife," as well as Hulu’s "Future Man," Trutv’s "Laff Mobb’s Laff Tracks," "Those Who Can’t," "Greatest Ever," and "Comedy Knockout," and Pop’s "The Joey Mac Project." Jade starred in MTV’s hit series "Ladylike," was a series regular on ABC’s "Manhattan Love Story" and was recurring on CBS’s "Life in Pieces." Additionally, she was a cast member on MTV’s "Girl Code," often appeared on Comedy Central’s "@midnight" and regularly hosts on VH1. Other notable credits include recurring roles on "Californication," MTV’s "Punk’d," and guest star roles on "Modern Family," "The Jim Gaffigan Show," "Angel From Hell," "2 Broke Girls," and "Sullivan & Son."

This show is 18+. Please note, there is a 2 item per person minimum in the showroom. Tickets will be available for pick up at the box office prior to the show (they are generally available 1.5-2 hrs prior to showtime).

Dine with us in Elements prior to the show by making a reservation! Give us a call at 314.727.1260 or click here to reserve a table online.(Reservations must be made before 4pm the day of the show.)

Jade Catta-Preta is a Brazilian born comic and actress working in Los Angeles, New York and Brazil. She performs all over the country in both English and Portuguese, and you can see her regularly at clubs all across the country. Jade covers a myriad of subjects on stage, including dating, growing up, relationships, her unusual name and more. A rising star who should not be missed!